Use of DB9 Adapter

THE DB9 ADAPTER — YOUR PRESENT BECOMES THE FUTURE

The pace at which computer technology is advancing is both impressive and frightening. Today a computer enables us to do things, which were next to impossible ten years ago. It’s like you imagine a new development and the computer makes it the ruling reality in no time!

The only problem is that sometimes, these advancements rely on new computer hardware, and this new hardware does not always have the ports or points to connect with your existing hardware. Most of the people believe that they might have to discard their perfectly good hardware because new computers would not have the correct ports to attach it to.

This issue can be resolved easily with the use of DB9 adapters.

For those of you who remember when the computers first started being used widely, both at home and offices, DB9 port was the place used to connect devices like keyboards and disk drives to the computer. It was easily identifiable as a rectangular connection on the cable, featuring a series of pins that plugged into the port that had the holes to accept the pins on the computer.

In modern computers these days, the only thing which looks like a DB9 port is usually the port to connect the monitor. This can be very frustrating, as a lot of people have devices they still want to use with a new computer but somehow cannot.

The DB9 Adapterallows you to connect existing equipments to newer PCs. This is most commonly achieved via the ‘USE port’ on new computers, which is the most widely used connection point. This eliminates the need to take a new PC apart and installs a DB9 port card, which in turn, helps to avoid installing software and drivers to make that port card work.

Even a beginner level knowledge of computers is sufficient to enable DB9 adapter working on your PC within minutes. All that you need to do is just connect the adapter cable or connection to a USE port and allow the software disc (which comes with it) to automatically run so that the computer recognizes it. 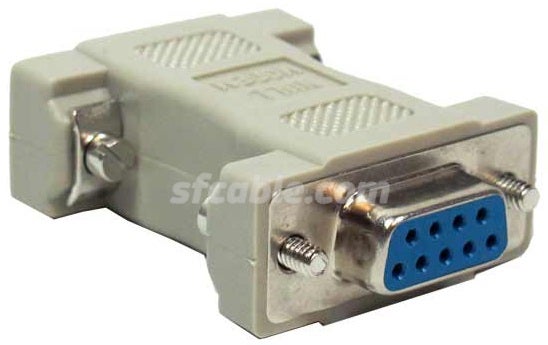 USING THE DB9 ADAPTER
The DB9 adapter is particularly useful for printers. While all modern printers use USB connections, sometimes there might arise a need to use an older model. An example of this would be a business which uses a Dot Matrix printer to print invoices in duplicate with a carbon sheet between them. A DB9 adapter allows one to achieve this and eliminates the need to buy a new printer.

A number of GPS devices also feature DB9 cable ports. As these are expensive items, purchasing new ones for merely map updates makes no sense. Instead, by simply using a DB9 adapter cable, one can continue using their current GPS devices and keep themselves updated.